Make these Pumpkin Spice Kefir Smoothies for a snack or to go along with your breakfast in the morning for a protein and probiotic packed smoothie!

Jump to:
What is Kefir?
Pumpkin Smoothie Ingredients
Why I Love this Pumpkin Spice Smoothie
Recipe Tips and FAQs
Pumpkin Spice Kefir Smoothie

Ever tried it? It's got a tangy, creamy flavor and a bit thinner than yogurt in consistency. It's high in probiotics aka bacteria that supports our gut health and a great source of protein.

You can even make it at home! I do this with starter kits, which you can buy at most supermarkets.

The kit supplies the yeast and bacteria needed to make kefir, so all you need is milk.

For anyone interested in using non-dairy alternatives like coconut or almond milk, I read others had success; the consistency was thinner but still delicious!

The fat in the milk is what makes the kefir thick, and the fat also helps the probiotics survive our stomach acid - pretty cool!

Plus, with it being high in probiotics and protein - what's not to love?!

With smoothies being super easy to make and simple for clean-up, I use them a lot for snacks or breakfasts.

If I have them with breakfast I usually have something else alongside the smoothie, since smoothies aren't usually high enough in calories, protein and fat to be a meal replacement.

For this recipe the ingredients you'll need are:

Blend all the ingredients up until you get a smooth beautiful orange smoothie!

Top with whipped cream and a cinnamon stick if ya feelin' it!

Why I Love this Pumpkin Spice Smoothie

What I love the most about this smoothie is that it's not a mouth full of canned pumpkin. Ya know those pumpkin dishes that are sooo strong in their pumpkiness it's all you can taste - not the case here!

I love adding this product on just about anything during the fall - toast, oatmeal, you could even add it in a pumpkin pasta sauce!

Can I meal prep this smoothie?

You can! I've made more than 1 serving and had the smoothie 2 or 3 days after and it was delish - just make sure to stir the smoothie to incorporate the flavors!

What can I substitute for pumpkin pie spice? 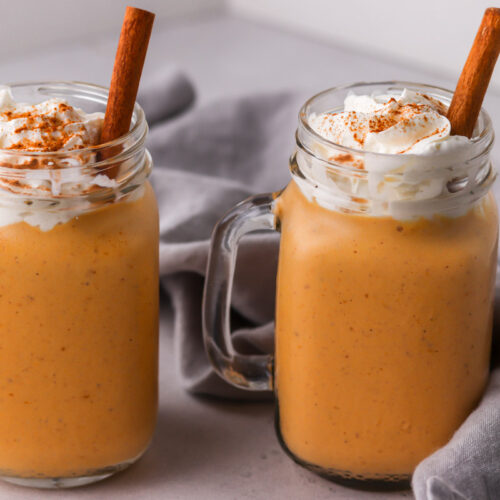 (Nutrition values are calculated by third-party software and an estimate that can vary based on product brands and cooking methods.)

Course: Drinks, smoothie
Cuisine: American
Keyword: probiotic smoothie, pumpkin protein smoothie
Tried this recipe? I love seeing your creations!Mention @monicanedeff.rdn or tag #monicanedeff so I can share them with the community! 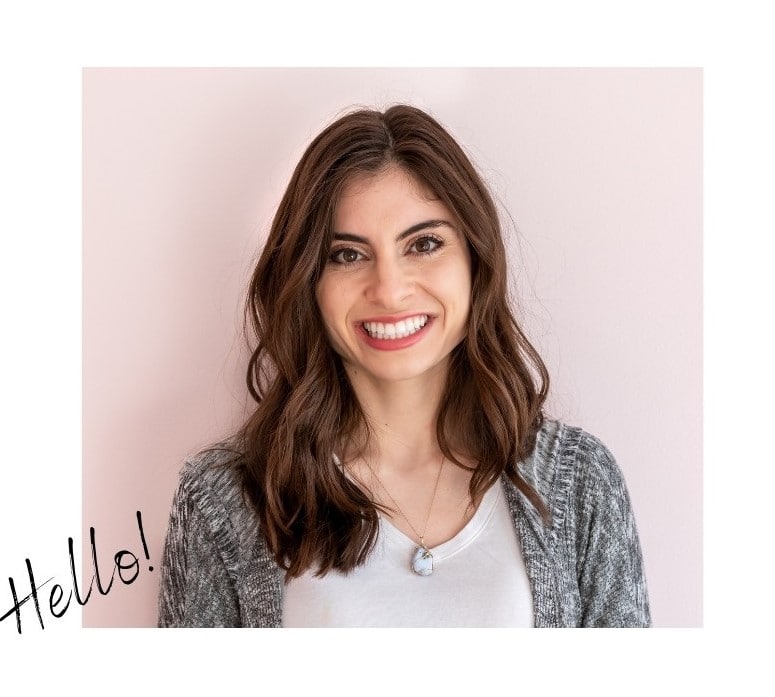 I'm Monica, a registered dietitian nutritionist, solo female traveler and recipe developer helping you eat healthy on the go while empowering you to nourish your body, mind and soul! Learn more here.

Grab my Grocery List + Cooking Tips + Meal Prep Guide for free to put the joy back into cooking and ease into preparing nourishing meals.